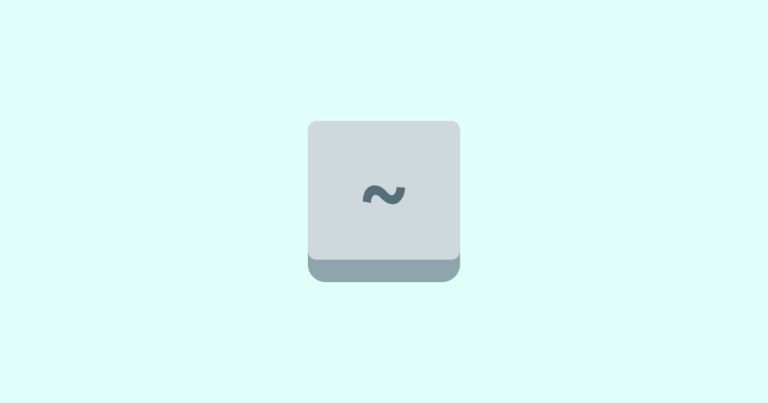 The tilde symbol (~) is a character found on most keyboards. It is widely used in many languages, including English. Despite its ubiquity, however, many people don’t know what the symbol is used for.

In this blog post, we’ll explore the various functions of the tilde symbol and how it can be used in both writing and programming. So if you’re curious about this ubiquitous but little-known symbol, keep reading!

What is the tilde symbol used for?

The tilde is a symbol typically used in language, mathematics and programming. In languages, it may be used to indicate a slight pause, change in pitch or tone, or to lengthen a preceding vowel sound.

In mathematics, it may be used as a diacritical mark to show vowel length or distinctions between similar words (e.g. ˜ and ˉ). And in programming, it can be used as an operator (e.g. ~ in C++).

The tilde (~) is used in mathematics to indicate a “nearby” or “similar” value. In other words, it is used to approximate a value.

What does tilde mean in chat?

The tilde (~) is a wavy dash that is used in chat as a shortcut for the words “about” or “approximately.” For example, if you wanted to say that you are about to go out for dinner, you would type ~dinner.

When people put a ~ at the end of a sentence, it shows that they’re speaking in a “cute” or flirtatious tone.

What does it mean when someone puts a tilde after a word?

In online chat, a tilde (~) placed next to a word is often used to indicate a “cute” tone of voice. For example, if someone says “I love you~” in a message, they might be using the tilde to show that they’re speaking in a lovingly playful way.

What does tilde mean in logic?

In logic, the tilde (~) is used to indicate approximate or negation. For example, ~A means “not A” or “A is not true”.

How do you type a tilde symbol?

To type a tilde symbol on Windows or Mac, hold down the Shift key and press the one key above the Tab key.

What does tilde mean in front of a number?

The tilde (~) in front of a number means that the number is approximate. For example, if someone says “I’m ~30 years old,” they are saying that they are approximately 30 years old.

How do you put a tilde over a letter in Word?

To insert a tilde over a letter in Microsoft Word, you can use the keyboard shortcut CTRL + ALT + ~.

Or, you can go to the Insert tab and select Symbol > More Symbols. In the Symbol dialog box, click on the Special Characters tab and then scroll down until you find the tilde character. Click on it, and then click on Insert.